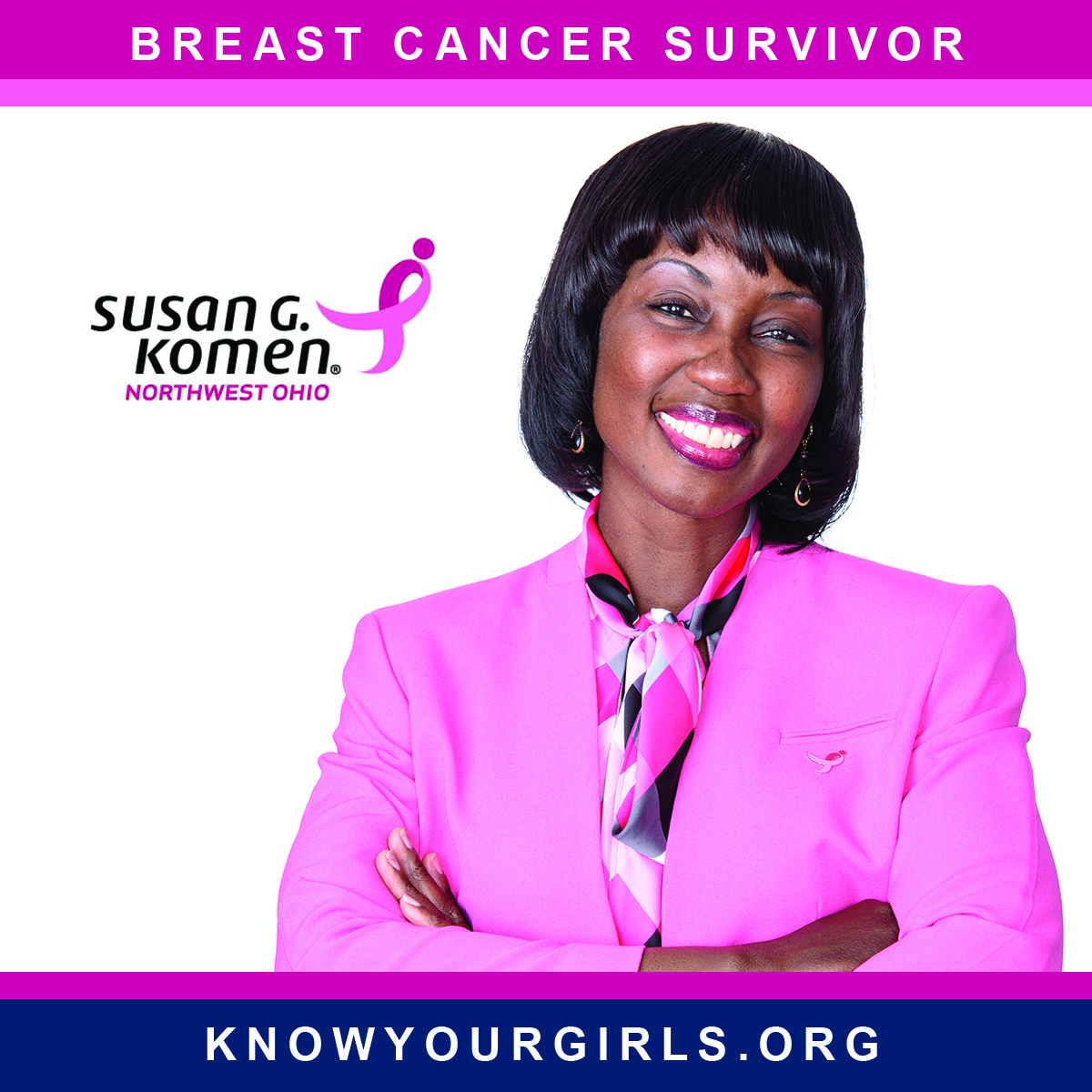 NO CANCER COULD STEAL MONICA’S SPARKLE

Like a diamond is perfected through hard knocks and pressure, Monica Riley says breast cancer unlocked her strength, sharpened her faith, and gave her the fire to overcome her natural shyness and help other women by telling her story.

“I remember like it was yesterday. When I first found out, I completely broke down in the parking lot at work and wept,” said Monica. “But then I turned it over to God and got myself together.”

On Dec. 12, 2014, Monica had her first appointment with Dr. Houston Johnson in Toledo.

“They are so wonderful at Dr. Johnson’s office,” said Monica. “Dr. Johnson gave me all the attention and concern I needed.”

On January 28, 2015, Monica underwent a successful lumpectomy and then began radiation therapy during her lunch breaks. She never missed a day of work as a letter carrier for the U.S. Postal Service.

On May 1, 2015, after 33 rounds of radiation treatment, Monica was declared cancer free.

Monica says she feels a deep impulse to be a resource for those around her worried about their breast health. In the early days of her treatment, Monica said her family was in deep denial.

“At first, my mom didn’t want to believe it, but eventually she came around,” said Monica. “When I told my daughter, she couldn’t handle it. She kept asking me, ‘Are you sure?’ ‘Are you sure?’. She wasn’t there for my surgery and we still don’t talk much about what I went through. I just love her all the same.”

“I love Susan G. Komen so much. I received the organizer and the monthly gifts and notes. It meant so much to me in that first year to know that someone cared,” said Monica. “But it was the literature from Komen that helped me understand everything I was going through and I’m so grateful for that knowledge.”

Using her own experiences and the information she gained from Komen, Monica has become an advocate for her friends, neighbors, and co-workers.

“Having had breast cancer makes me appreciate life more and I try to take nothing for granted,” said Monica. “God has a plan and if anyone at work or at church needs advice or needs to tell me their story, I am ready,” said Monica.

To celebrate Monica’s triumph over breast cancer, her friend and co-worker Vita helped her form “Team Black Diamond” (shown below) to participate in the 2016 Susan G. Komen Race for the Cure in Toledo.

“To anyone fighting breast cancer right now, I would say ‘Keep the faith and keep fighting! Take care of yourself and don’t let cancer steal your sparkle.”